One of my first running races was 5 years ago on the 16/10/2016 at the Chilham Castle 5k, coming 3rd. However much has changed since then; I remember going into this race wearing normal trainers and sliding everywhere and was a bit down on my time. But hey this is a challenging cross country race which I have gone on to support every year and is one of my favourites.

So due to my injury problems and off season I didn’t target this race but as it’s only a few miles down the road I decided to do it again this year.  Having won the race twice in four years and winning it last year I wanted to retain my title. I knew I wasn’t in great shape but I have improved a lot this year and recorded some much quicker times then my current official PB’s in my Aquathlon races this year.

The plan was to go out and enjoy it a bit like the previous week but much faster. I decided to practice concentrating and listening to music before the race. This is something I am working towards with Gobinder.  I was quite relaxed and I had also decided the night before to try negative splits, this is something I have never done in the past and want to practice over the winter. Being relaxed is one of my goals through the winter as I now know this is very important in performance on the day. 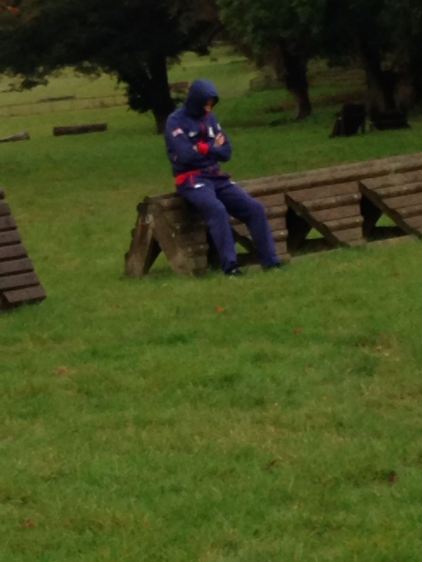 At the race there were some familiar faces doing different events from my running club and competitors I have raced against. It was also nice to see some fellow GB athletes. I guessed the night before I could break my course record because last year I got sent the wrong way by a marshal and had to turn back round. Picture of Jenny and I below, Jenny broke the course record in her Duathlon. 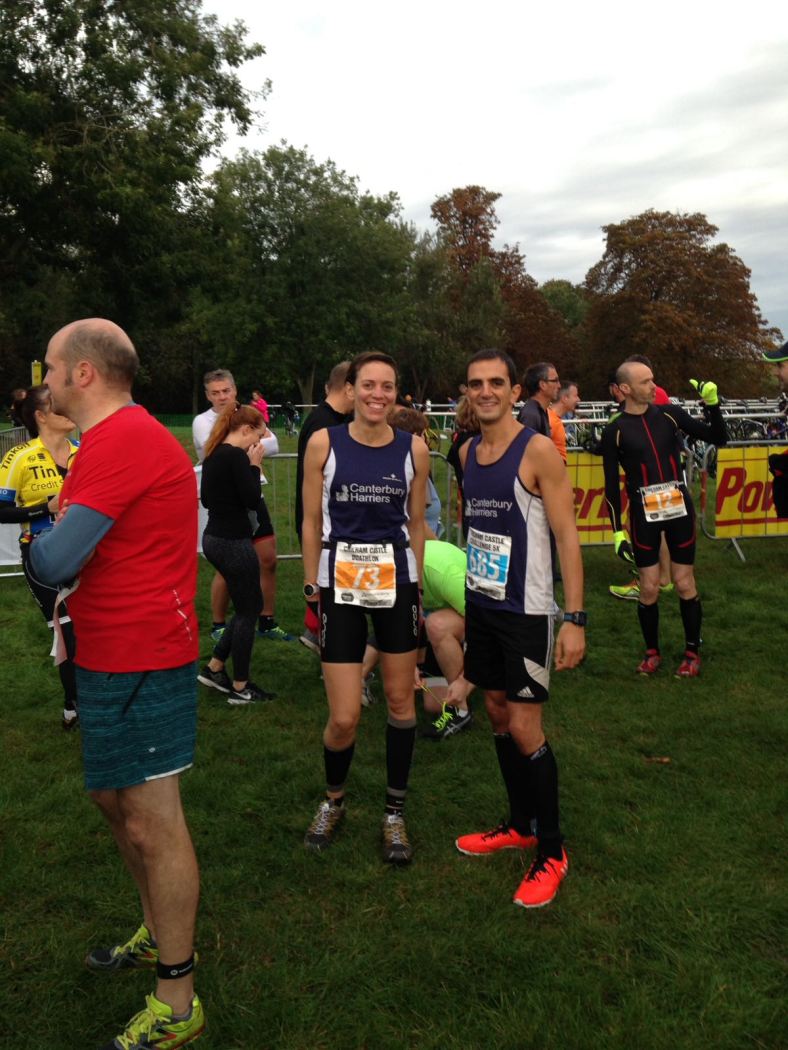 So I started the race at the same time as the Dual athletes so I had to be careful not to race the wrong person. I quickly found myself on my own in the lead, so I stuck to the plan and didn’t push too hard. The race went by so quick and I didn’t look at my watch that much. I came up the last hill and eased off. By this time I had crossed the line in 1st place and was happy to win this local event. I had kept to the plan and had negative splits; this is something I do need to work on.

I was then told by the race director that I broke the course record again by 40 seconds; I was over the moon with that. It’s not my quickest time because of how hard the course is but gives me a base to work on from here. My target race is the Brighton 10k which will be a test of my current fitness levels. Of course I would love a PB but will have to see because I don’t think I am near that yet.

It was again a great event by Liz and her team and I made the local paper too.